1. JOURNEY TO THE CENTRE OF DISCO

You might think the title and themes of this episode are based on Jules Verne’s Journey to the Centre of the Earth. But think on – there wasn’t a dinosaur or giant mushroom in sight. Donna Summer’s Journey to the Center of Your Heart is a much more relevant text. “Baby, wanna travel ‘cross the borders of your mind!” sang the first lady of disco to a thumping Moroder & Bellotte beat. In an episode featuring another song-based climax it was a shame the salvage vessel wasn’t blasting out Donna instead of whatever horrible old racket that was.

2. JOURNEY TO THE CENTRE OF UK GARAGE 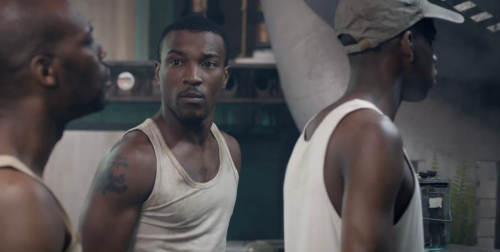 And I can hardly believe they went to the trouble of getting an original member of So Solid Crew on board the TARDIS (Ashley Walters, looking as fit as a butcher’s dog, still), setting a big countdown clock running, and AT NO POINT have anyone say there were twenty-one seconds to go. Never mind the pronunciation of obscure planets, this is the sort of thing they should be picking up in production meetings. “Did you see me in the console room? Oh, no! Operate the blue switches? Oh, no!”

3. JOURNEY TO THE CENTRE OF STAR TREK: VOYAGER

It was a bold move to take a plot device as roundly and universally mocked as a reset button is, make it into an actual physical button and then have it as the hard-won climax to the episode. Still, this sort of thing isn’t unheard of in TARDIS-based shenanigans. Who can forget 1996’s Temporal Orbit? It was a leading brand of Time Lord chewing gum with magical time-reversing properties.

4. JOURNEY TO THE CENTRE OF w6

I used to work in Hammersmith in the 90s, in a building called Thames Tower which had previously been the home of British Oxygen and which housed the original TARDIS swimming pool, seen in The Invasion of Time, in its basement. Reader, I used to swim in that pool and I’m very proud. This modern one looks rubbish – what are the changing arrangements? Seems like you have to drop your towel in the vestibule, and there’s no Cup-a-Soup machine either. You can say what you like about the 1978 TARDIS chase, at least the swimming pool had roundels.

5. JOURNEY TO THE CENTRE OF CARMINE SEEPAGE

Roundels aren’t the only thing missing in the new-fangled TARDIS. We were promised a nostalgic tour through the programme’s history as Clara penetrated deep into the heart of the Ship. But where was Nyssa’s curly straw? Or Adric’s star chart? No sign of Tegan’s lipstick on the walls as that bloody time-cot was dug out of storage either. On a serious note though, never give a teenage boy black sheets. What were they thinking?

What happens when you take Doctor Who‘s single most innuendo-laden story and reduce it to its purest form by taking out everything but the smut? A mildly amusing YouTube edit of Four To Doomsday is what happens, and here it is:

The Project Manager’s guide to Doctor Who: Castrovalva

Welcome to a new series in which I apply the methodologies of my day job to classic Doctor Who stories. Project management is a subtle profession requiring people skills and precise organisational abilities. Let’s find out if the Master’s got what it takes. 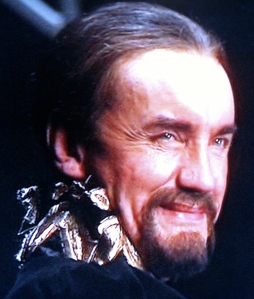 In Castrovalva, the Master’s goal is to humiliate and kill the Doctor. It’s the vagueness of the ‘humiliation’ aspect that will eventually cause the project to fail. With the powers available to him in this story, killing the Doctor would be a precise and quickly achievable aim. But by over-complicating his win-conditions – namely that the Doctor must know before dying that he’s been trapped and defeated – the Master allows too many random variables to affect his plan. “These facile victories only leave me hungry for more conquest!” he declares at one point. And this obsession with setting himself convoluted challenges will be his undoing. 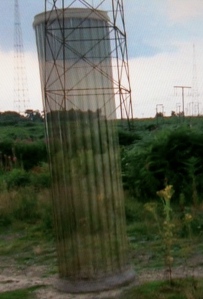 This is however a very well planned project.  Castrovalva clearly doesn’t follow on as immediately from Logopolis for the Master as it does for the Doctor and his friends. He’s taken some time out in the vortex to consider how much more powerful block transfer computation is than he realised and decided to recruit Adric to his project team, noting that the boy can a) add up and b) fill a pair of pyjama bottoms to his liking. Then he’s made a quick trip to the planet Hadron, whose inhabitants will face some delayed trains the next morning as they find the overhead power lines missing. Only at this point does his Pillar of Doom pop up (in front of some pylons appropriately enough), his Web fully constructed and waiting within. Collating and readying all necessary resources before the project’s start date is an admirable achievement and ought to help towards success.

The Master’s risk management record here is exemplary. He confides to Adric at one point that should his plan for the Doctor to perish in the hydrogen in-rush fail, he’s prepared a trap behind the trap. And when he learns that it’ll be necessary for him to use up this contingency, you’ll note that it then takes only seconds for him to cause all the associated information (about neutral interfaces in real locations, ‘Classic Plainness’ and ‘Dwellings of Simplicity’) to pop up unprompted on the TARDIS’s databank screen. It’s a clear sign that these project assets have been prepared well before they should be needed, and another good mark for the Master. 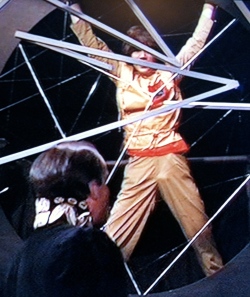 We can assume too that at this point the Master uses the other main tool available to him – time travel – to set up the dwellings of Castrovalva well before the Doctor arrives. It’s impossible to guess how long the citadel has existed for, as all its inhabitants are created with pre-loaded memories. But from the looks of it Adric hasn’t aged much, so it can’t have taken more than say a few months to set up. Although at one point the Master does threaten to keep him in the Web for eternity so who knows, maybe it keeps life in some sort of stasis and they’ve been hanging around for years. Either way, bodily functions aren’t impaired in the Web AS WE HAVE REGRETTABLY SEEN AND CAN NEVER UNSEE, so those pyjamas must stink.

In choosing Adric as the only member of his team, the Master is putting a high project dependency on the lad’s computational powers. Happily they really are impressive. Seconds after the real teenager has been kidnapped and flung into the Web, telebiogenesis Adric appears and spends a remarkably short time at one panel of the TARDIS console, during which he not only dematerialises the ship but also, apparently, sets and locks the co-ordinates for Event One and pre-programmes both co-ordinates and landing for the contingency plan.

The depletion of Tegan's make-up supplies was NOT budgeted for

But the Master has made a sloppy assumption: that he will be able to restrict Adric’s activities to prevent him from aiding his friends and Tegan, or else command his absolute loyalty. So Adric manages to undermine the project goals by giving the inhabitants of Castrovalva enough intelligence and free will to assist the Doctor.

Is the Master’s management style at fault? It’s certainly inconsistent, roving from apparent sympathy with Adric’s viewpoint ( “If escape were that easy, we could all be free of this nasty world”) to an emphasis on detachment (“You must control these dangerous emotions!”) and an authoritarian slant (“You can’t escape, you’re mine, Adric! Mine! Until we have completed our final task”) which at its worst leads to his dismissively referring to his employee as “a mere utility”.

“The Master leaves nothing to chance,” admits the Doctor at one point. And his enemy certainly loves a regular status check – he monitors the TARDIS up until the last moment as it hurtles towards Event One, and in Castrovalva he gets hands-on to keep an eye on the Doctor in person. He has a good feel too for the day-to-day timeflow and resource management that a big project requires – “Now save your energies. There’s so much yet to be done!” 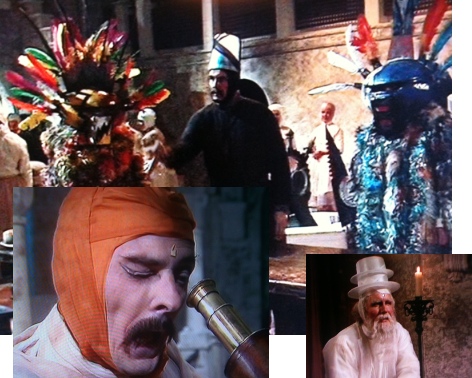 One thing we never see is the design briefing meeting the Master must have held with Adric at the project’s critical point: the creation of Castrovalva and its denizens. They end up with such a sumptuous, ridiculous looking town that I can only imagine the Master flinging countless contradictory instructions at the boy and expecting them all to be met at once. This is not uncommon in the real world either, to be fair. “Let’s have alpaca robes and a sort of hockey mask for the hunting party! With a Mardi Gras feel! And hats! Lots of hats! The biggest one for me! And some cobweb gloves! And bindis! Oh and can you base the city’s shape on these old mathematically-inspired paradoxical etchings so that we can fold time and space in on each other at the end  nyah hah hah.” 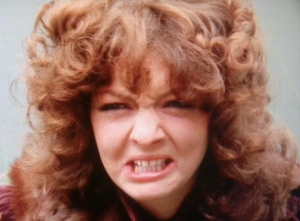 Posted in PM Who

Doctor Who and the Black Swan

I was going to write something sensible about my obsession with Black Swan and why I love it so much. But that’s not really in keeping with the film. This ridiculous, over-the-top assault on sanity demands a response along similar lines.

One of many thousands of things I love about the film is its strict use of a colour scheme. Everything is either black, or white, or a transitional light pink or grey, with various symbolic meanings attached.

It got me thinking (just in case this post appears even more batshit than intended) about Doctor Who in the early 80s, and the alarming/brilliant costuming decision that led to the Black and White Guardians — the ultimate cosmic forces of chaos and order — being represented by two distinguished character actors with different coloured birds on their heads. And so: 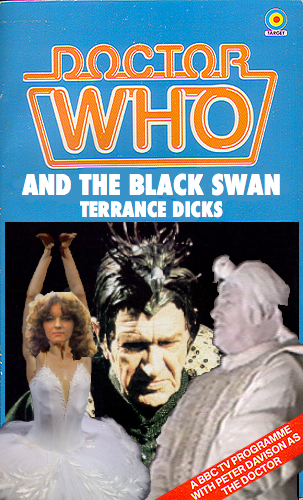 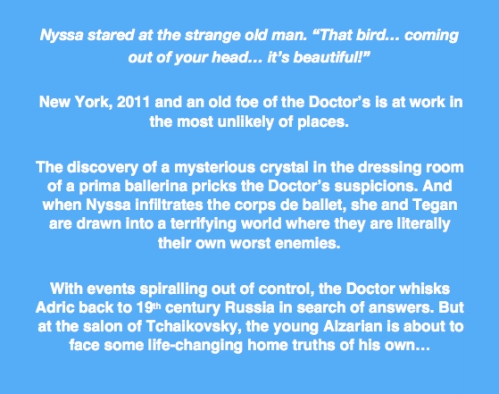 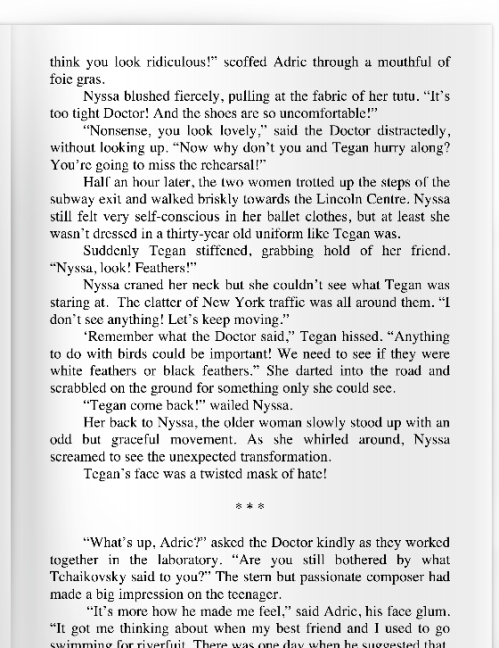