If popstars… ran the world

Beyoncé’s the latest star to sing about global rule. And it’s been a popular topic down the years. How does her plan match up to the greats of the genre?

WHAT’S THEIR MANIFESTO “In a brand new fashion, in a dance hall style, we rule! Wee Papa rule the world…”

WHAT FORM OF GOVERNMENT IS IT The twin sisters rule the world as despots (“Don’t bother even moving, stay right in your seat“), cruelly disposing of anyone who challenges their rule (“Why do you try to run that?… We’re gonna take you from here to hell“) while enjoying the life of luxury that world domination affords (“Drive around in a taxi, every place that I go“). Although by their own admission they still use ball point pens. Personally I’d have at least a gel ink rollerball on the go if I were in charge.

BUT DO THE TRAINS RUN ON TIME I don’t think so. The girls are interested in the volume of the bass drum, not the global transportation network. At one point they refer to someone sleeping on a bench at the station — a poor indication of the state of their administration.

Nas (featuring Lauryn Hill) – If I Ruled The World (Imagine That)

WHAT’S HIS MANIFESTO It’s a good one. Nas is going to end black victimisation and do away with jealousy, and we’ll all be able to smoke weed in the streets. Sounds great!

WHAT FORM OF GOVERNMENT IS IT This came out just before Nas started depicting himself as a Pharaoh or as Christ , so I’m going to have to call theocracy, with Nas ruling as god-king and Lauryn as his lovely if somewhat snappish handmaiden.

BUT DO THE TRAINS RUN ON TIME Yes I think they probably do.

Missy Elliott – We Run This 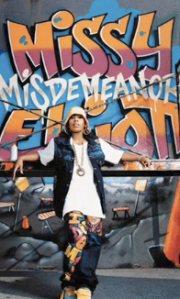 WHAT’S HER MANIFESTO “If you a pimp let me see you party hard, hell yeah! Strippers take your clothes off, hell yeah! Y’all superstars, you don’t need no bodyguards!” Missy enforces a hedonistic rule based on drinking, fucking and partying. It is, in short, a utopia.

WHAT FORM OF GOVERNMENT IS IT Very much a benevolent dictator, Missy encourages individuality (“My style can’t be duplicated or recycled”), equality (“It don’t matter where you from it’s where you at”) and personal pride (“Represent your coast and act like you know”). All she demands in return is that each and every member of the population take the time to service her sexually (“We can do it all night – take a flashlight, you’ll see up my windpipe”).

BUT DO THE TRAINS RUN ON TIME You know how it would be, waiting on the platform with Missy. The train would pull in slowly, and there’d be freaky dancers grinding and jerking around all over the roof. Missy would swing around on a girder before turning into a sex robot or something, then the world would turn upside down or whatever to make it more fun for the dancers. You’d have a lovely morning and the music would be fantastic, but you’d never make it to that meeting in Letchworth.

Take That – Rule the World

WHAT’S THEIR MANIFESTO There’s nothing. Nothing! The skies are lit up with “stars so bright“, and souls are saved if lovers stay together. That’s it.

WHAT FORM OF GOVERNMENT IS IT I wouldn’t call it government at all. The Take That boys form their little oligarchy and then spend their time faffing around on starbeams with girls, leaving the rest of us mortals to just get on with it. They’re more like the idle, sex-crazed Gods of Olympus than anything else.

BUT DO THE TRAINS RUN ON TIME Do they fuck.

WHAT’S HER MANIFESTO “Some of them men think they freak this like we do – but no they don’t! Make your cheques come at they neck, disrespect us they won’t!” Beyoncé’s claiming the world for the girls who make their own money. Again!

WHAT FORM OF GOVERNMENT IS IT “My persuasion can build a nation!” But Beyoncé’s too much of a self-empowerment fan to be a tyrant. We’re left with a sort of glossy meritocratic matriarchy — “I’m repping for the girls who taking over the world, have me raise a glass for the college grads.”  NB: from the video teasers released so far, a college degree’s not quite enough on its own, you’re also going to need to be able to hold your own in skimpy shorts on a typical America’s Next Top Model shoot.

BUT DO THE TRAINS RUN ON TIME “Anyone rolling I’ll let you know what time it is“. I suspect the trains are as fiercely controlled, with as much attention to detail, as everything else in Beyoncé’s domain.