Is Into The Dalek a shot-for-shot remake of Placebo’s Special K video?

Many of us noticed there was an obvious inspiration for this week’s Doctor Who, in which a miniaturised vessel made a fantastic voyage on an emergency medical mission – yes, Placebo’s 2001 video for their song Special K of course. Let’s take a look at the similarities…

Our elegant, ambiguous hero strides through gleaming corridors on the way to his mission

…and someone’s always got to end up in the gloop. 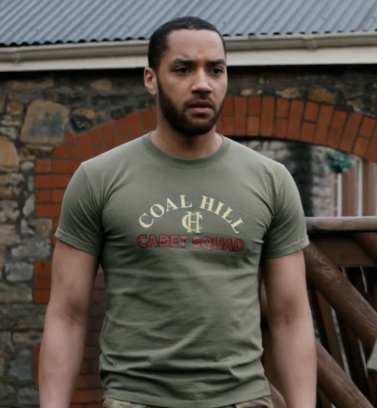 How did THIS get in here?! And now I can’t seem to delete it!! Bloody WordPress!!!

Anyway, I bet Vod likes a bit of Placebo.

The brain’s a bit pinky

Is The Hunger Games a shot-for-shot remake of a 1979 episode of Grange Hill?

A lot of people are quick to claim that The Hunger Games is some sort of rip-off of Battle Royale. But Suzanne Collins claims she’d never heard of the Japanese book and film before her own became a success, and who are we to argue? Especially when, somewhere between Connecticut and Shikoku – here in South East England in fact – there’s another source so close as to be uncanny. Could a Grange Hill school trip to Beaconsfield really have inspired the adventures of the Panem tributes? Let’s take a look…

Once a year, selected children are taken out of their ordinary lives by a woman in a remarkable hat and suit

On the way there they must learn to respect their mentor

Alliances are soon formed in the wilderness

But the gang are in hot pursuit!

Lost in the woods, will the girls find the odds are in their favour?

In a rose garden waits a man who could save them, but will he?

Is Mulholland Drive a shot-for-shot remake of a 1981 episode of Prisoner: Cell Block H?

Go on some film-geek forums to see who people cite as David Lynch’s major influences and you’ll see names like Herzog, Buñuel and Bergman being bandied about. But watch his Mulholland Drive followed by episode 199 of Prisoner – the 80s women’s prison soap from Australia – and you’ll see some startling similarities. Was this his biggest inspiration of all? See if YOU can spot the difference between Mulholland and Melbourne in my exclusive side-by-side gallery.

Our heroine stumbles from the wreckage, but who is she?

And where is she?

She makes her way up towards a familiar-looking apartment

Is this an old friend or a new friend?

Oh it’s all very well my saying it’s a shot-for-shot remake and then only looking at the main characters and their coincidental car crash/amnesia plot isn’t it. It’s obvious I’m cheating. If you took random samples from any other scenes they wouldn’t match up at all.

No, I’m getting nothing

RUN FOR THE HILLS

If you enjoy humorously-captioned screengrabs from Prisoner: Cell Block H then please visit the Wentworth Detention Centre tumblr – very much the original and best.