2012: A review in subtitling disasters

In my similar round-up last year I explained that our telly automatically turns subtitles on when muted, which often then get stuck when we change channels. With hilarious consequences! 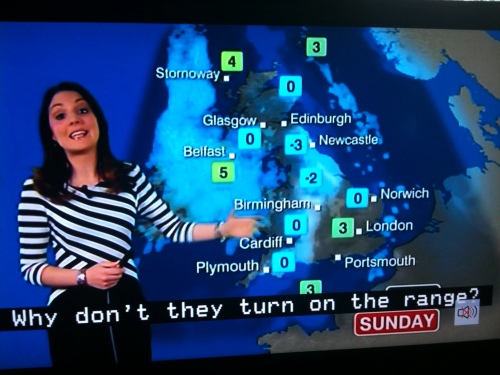 The year began with a nasty cold snap, and the BBC Weather Department was getting increasingly frustrated at the public’s apathy

And it was a year of austerity measures, with stern advice given daily on the news

Columbo had one last question for Underdog

June brought the Diamond Jubilee celebrations, and Fiona Bruce got carried away with some of the terminology 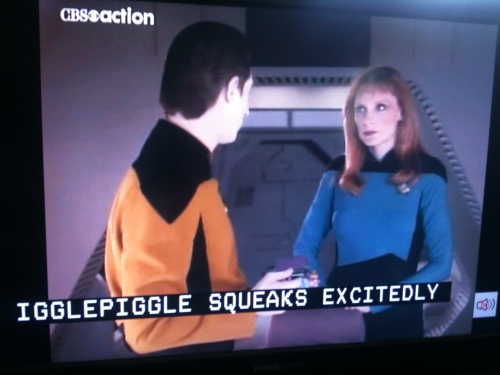 On the Enterprise-D, Beverley was furious that Picard’s special nickname for her had become common knowledge

The Olympics! And Gary Lineker was spoiling for a fight

Over on the X Factor, one advertiser spotted a celebrity sponsorship opportunity during the early stages

And as the weather turned cold again, one forecaster lost the plot altogether 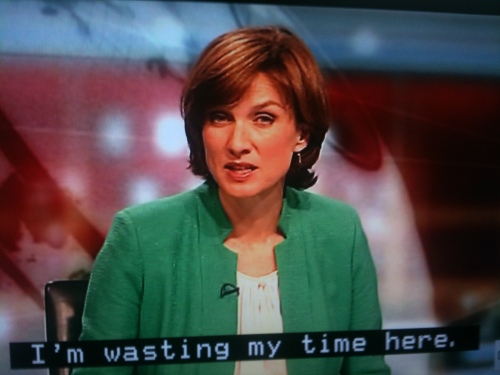