‘This is the big one!’ blurts Boris Johnson’s recorded message wherever you go on London’s transport network at the moment. And with the Games upon us, many more Olympic-themed adverts have appeared since my first round-up. Have they got any better at reflecting the core Olympic values of excellence, friendship and respect?

TAMPAX – “no tampax no glory”

EXCELLENCE: Tampax Pearl offers body-fit expansion and ‘leak upgrade’. It’s all very well but everyday sanitary protection is one of the most mundane activities yet to have an Olympic sheen forced upon it. 3/5

FRIENDSHIP: Friendship between nations is sorely tested here, as our plucky British high-jumper faces off against an American Mother Nature. 0/5

RESPECT: Mother Nature never gets to deliver that little red gift she’s holding, which I’m going to go out on a limb and say represents menstruation. In which case are Tampax claiming they can stop periods from starting altogether? Confusing. 2/5

Yes, it’s another boring everyday product. But this one’s got flag-bearer Chris Hoy, who’s a 3x gold medallist and a Sir, as the ad’s eager to remind us. 4/5

FRIENDSHIP: Hard to evoke team spirit in the solitary world of shaving. And so they don’t. 0/5

RESPECT: Chris Hoy’s got a very square face, hasn’t he. The subliminal message here is ‘A smooth shave even if you’ve got a head shaped like an occasional table!’ Good work. 4/5 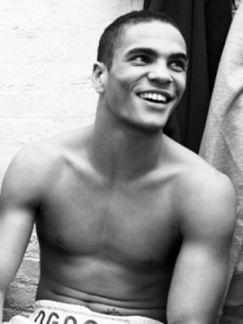 EXCELLENCE: I liked this advert because it was a good example of a brand that’s not actually affiliated with the Olympics carefully getting around the rules by featuring British athletes and avoiding 2012 buzzwords.  5/5

FRIENDSHIP: The ad featured some pretty awful banter between Anthony Ogogo and Holly Bleasdale about whether to have jalapenos on their sandwiches or not. But still, good-natured. 3/5

RESPECT: Sadly we’re now in a ‘blackout period’ which means the ad’s been taken down – Olympic competitors can’t be seen promoting anything non-sponsored while the Games are on. Still, I happened to have some pictures of Anthony lying around so all’s not lost. 3/5 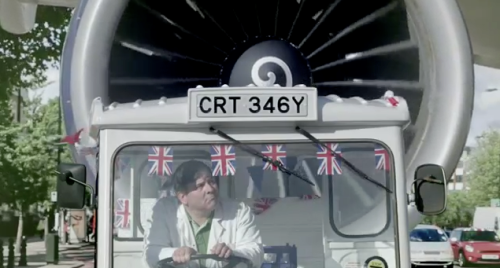 EXCELLENCE: ‘London Calling‘? Really? Lyrics about war, and truncheons, and the underworld? Not to mention ‘phoney Beatlemania’, a pretty savage indictment of a tourist’s view of England if ever I heard one. Best of all, in an ad promoting air travel: ‘Engines stop running, but I have no fear.’ They haven’t thought this through. 0/5

FRIENDSHIP: As the plane trundles around on the busy streets of London we can only imagine the horrible consequences. Not shown: that milkman getting sucked into the jet engine like the man in the first episode of Lost. Or Westminster bridge collapsing under the plane’s weight, sending everyone plummeting to their deaths. SADFACE 0/5

RESPECT: The tagline is ‘Don’t Fly. Support Team GB.’ British Airways are basically saying they’re making so much money out of people travelling to the Olympics that they don’t need us any more. What a massive fuck-you.  0/5

EXCELLENCE: This house of broadband-guzzling students has been the biggest bane on the ad break since, well since the last godawful BT ‘family’. I can’t verify if BT fibreoptic speeds are any good these days, what with having switched providers years ago because they were so shit, but the ad does make it look impressive. 1/5

FRIENDSHIP: Global understanding be damned. Latina girls are all tricksy vixens, laying on their feminine wiles to get free internet. And British boys have only two things on their minds – sex and custard creams. Actually that last bit’s fair. 2.5/5

RESPECT: They actually use the BT hub as a metaphor for cock. 0/5

This entry was posted in Adverts explained and tagged adverts, anthony ogogo, olympics. Bookmark the permalink.