Heather’s an ‘Asda colleague’ – we’re told that right up front. But she cloaks her intentions in a veneer of friendship: “I persuaded some of the other mums from the village school to do their weekly shopping at Asda!” Do they know she’s a ‘colleague’, these lonely, impressionable women? 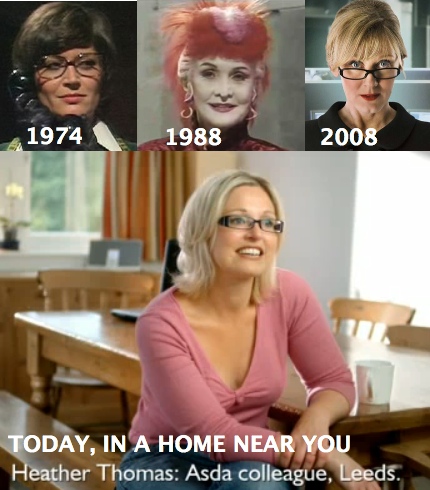 Us geeks have a bit of a natural advantage, because we’ve grown up watching all kinds of wild shit on the telly and we’re alert to sinister manipulation when we see it. Heather reminds me of no end of severe, snappish villainesses from Doctor Who, the sort who were convinced they knew what was right for everyone and were prepared to enforce it.

Heather takes them to the supermarket AFTER DARK – perhaps it’s a winter teatime, although the prominent 24 hour sign suggests to me that she’s ushered them there in the middle of the night. “Right everybody, keep your receipts, don’t forget!” she commands loudly, in the middle of a busy checkout area, as if to say ‘There’s nothing hidden or strange about this! It’s perfectly normal!” 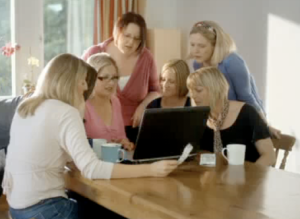 Moments later it’s revealed that Asda are keeping a record of everything everyone has bought anyway. With the girls around the computer, Heather entices them into revealing even more personal information to her overlords, by stressing how easy it is. Some of the girls affect to look puzzled, presumably because of their slow and simple village brains. And she grooms them individually, according to their desires: one gets a discount, one gets a bonus voucher.

Girls! She’s infiltrated your resistance cell, she’s getting her hand all the way up, and she’s going to play you like Sooty. But it’s too late, isn’t it. She has you now, doesn’t she. 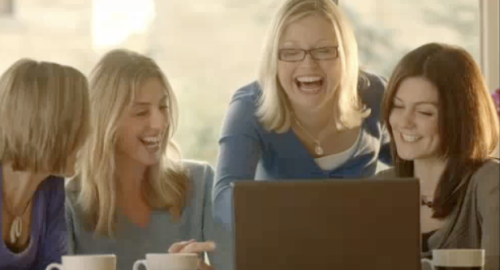 She has you forever.

This entry was posted in Adverts explained and tagged adverts, asda, doctor who, shops, telly. Bookmark the permalink.